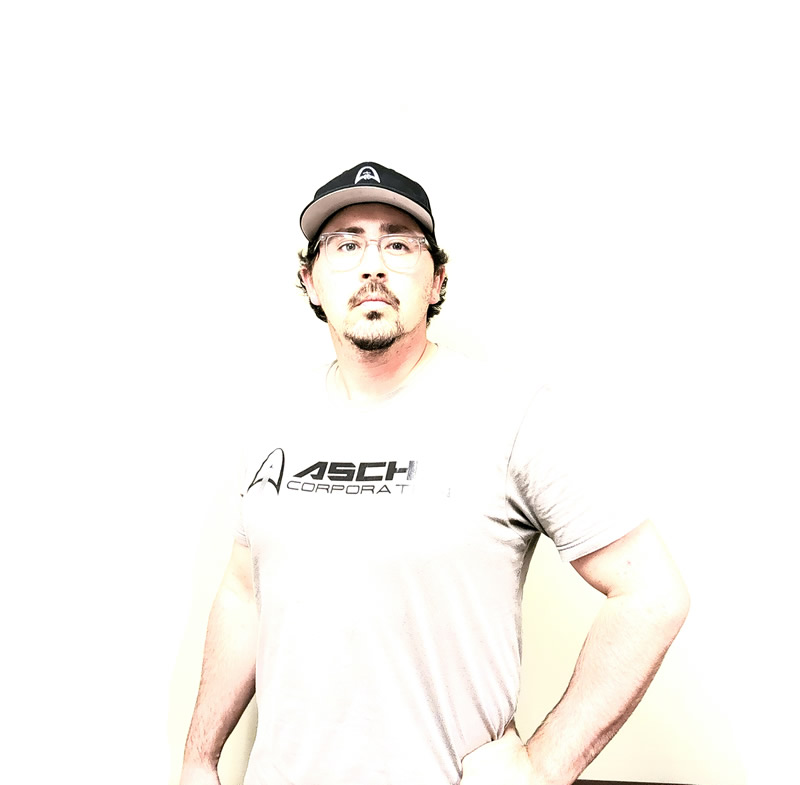 Aaron Scheetz created ASCHE Corp, an extension of himself and everything he has learned since his initial start in website design back in 2004. With only a 100$ tip from a customer and in less than 9 months, he grew ASCHE Corp into a five-figure company. In 2021 he earned 14 business website clients, 5 eCommerce store clients, ranked 4 SEO clients onto the first page of Google Search, and currently manages over 120,000$ in client Google ad spend campaigns.

When you choose ASCHE Corp to do your website design and marketing, you’re not just hiring a developer or marketer. You’re hiring a partner that cares about your success as much as his own.

If you want success and a partner that cares about your own growth, try us on for size.

Aaron Scheetz started building websites back in 2004. Back then it was for internet gaming clans and a few places including his local family church. Aaron had just finished building his first desktop pc on his 15th birthday with his cousin and using a dial-up modem he immersed himself into the world wide web.

Aaron grew up on a small 10 acre farm in Haycock Pennsylvania. Growing up so far out in the country kept him quite secluded to the world. He spent most of his time out in the woods hunting and building tree-houses.  Aaron was privately home-schooled by his parents through first and ninth grade. When Aaron stumbled on the internet for the first time it instantly changed everything. He could be anywhere he wanted and talk to anyone without a 20 minute drive through the country into town.

The ability to play video games online with people he would have otherwise never been able to meet enthralled him. Aaron found gaming clan communities and websites to be amazing and quickly learned how to build his own.

Aaron’s father Tim owned and operated a small electronics business in the basement of their small farmhouse. He immediately helped Aaron further his interest in website design by purchasing the Macromedia MX2004 Suite (Dreamweaver, Fireworks, and Flash). After finishing 9th grade at home Aaron asked his parents to let him go to Upper Bucks Vocational Technical School. There he took various information technology courses including database and website design.

Aaron continued to attend both the Upper Bucks tech school and Quakertown Sr High School. He soaked up every ounce of website, graphical, and multimedia design classes. Aaron knew what he wanted to do professionally. The college search had just begun and at the time there were only three schools that offered a Bachelor’s Degree of Science in Website Design, Indiana University of Technology, Penn College of Technology (Penn State) and Champlain College (Burlington VT).

Aaron traveled all the way out to Indiana University of Technology to check out their campus. While there they were having a statewide website design competition. He decided to participate and won first place and earned a full scholarship. Unfortunately Indiana was just too far from home for him. After visiting the other schools he settled on Penn College of Technology in Williamsport Pa.

Aaron’s first year of college was a blast. He aced most most of his classes. Aaron’s website design final scored a 198/200 due to a miss-spelled word on his home page.

Aaron felt unchallenged in his website design major and started dreading the idea of three more years, untold school debt, and later sitting in a cubicle every day coding HTML and CSS for another company. At the time he had not thought about entrepreneurship.

Much to his parent’s dismay, Aaron decided to switch majors and attend Universal Technical Institute for Automotive Technology. He was still extremely interested in technology but wanted to tinker with cars. He graduated with a few awards and many automotive certifications. Aaron extended his core automotive training by attending Ford’s Accelerated Credential Training (F.A.C.T.) and later moved to Columbia South Carolina to work for Ford.

Aaron bounced around for a few years working for Ford and then Nissan, while continuing to build websites and started to dive into android/apple mobile apps. He created his first mobile app “Wrench Professionals” designed to link people and great repair shops together and launched it on both iPhone and Android. He’ll admit that he did not have the knowledge on how to successfully launch a product at the time and wasted serious time and money on the wrong marketing strategy. Shortly after, a competitor won the battle and secured funding that Aaron was trying for.

He learned an expensive yet valuable lesson, websites are not enough.

Website Marketing and Advertising it the Key to success.

For Aaron, it was time to go back to school or be schooled. Finances were a mess and he knew he couldn’t afford to go back to college. So he pursued online courses through Udemy, LinkedIn, Franklin Covey and through private mastermind groups. Aaron studied everything he could about marketing and reaching out to the masses. He’s taken courses on business development, Leadership and launch strategies. Aaron trained himself on email marketing, social media marketing, search engine optimization, pay-per-click advertising, and even crowdfunding strategies.

The next step was to build another mobile app and retry. Every idea that he brainstormed was already built and gaining popularity. He continued to work on his training and decided to switch gears again and go back into website design, this time with an emphasis on internet marketing.

In 2016 Aaron married his wife Jenifer and they decided to move to Orlando Florida where he continued his online training while working as a diagnostic technician on heavy equipment. He continued to build a network of website clients and pursued online marketing training. Every day brought him closer to starting a full time website and marketing company.

Aaron decided to finally make the jump and never look back. He created ASCHE Corp, an extension of himself and everything he have learned since his initial start in website design back in 2004. With only a 100$ tip from a customer and in less than 9 months, he grew ASCHE Corp into a five-figure company using the very same marketing strategies that he spent years learning.

ASCHE Corp in less than one year has built 14 websites, 5 eCommerce stores, ranked 2 websites onto the first page of Google Search, and currently manages over 120,000$ in client ad spend campaigns.

ASCHE Corp is built upon all of Aaron’s failures and success. When you choose ASCHE Corp to do your website design and marketing, you’re not just hiring a developer or marketer. You’re hiring a partner that cares about your success as much as his own.

ASCHE Corp’s success is based solely on its client’s success. We’re building this company and assembling a team that puts our clients first.

If you want success and a partner that cares about your own growth, try us on for size.

If you like what you have read here today and want to hire an American based company for your wbesite design and marketing, please visit our contact page and fill out our short questionnaire / contact form.